Until mid-2021, the number of proposed coal-fired power plants in Vietnam and Indonesia was second only to those in China and India. Vietnam was also considering increasing coal power capacity by 2030 in a draft development plan released in September.

All eyes are now on how this pledge to adopt a more extensive use of clean energy will materialise. Five years since Hanoi rolled out incentives for solar and wind energy generation – which led to both sources combined contributing about one-tenth of total electricity generation by the end of last year – the industry is now at a standstill. 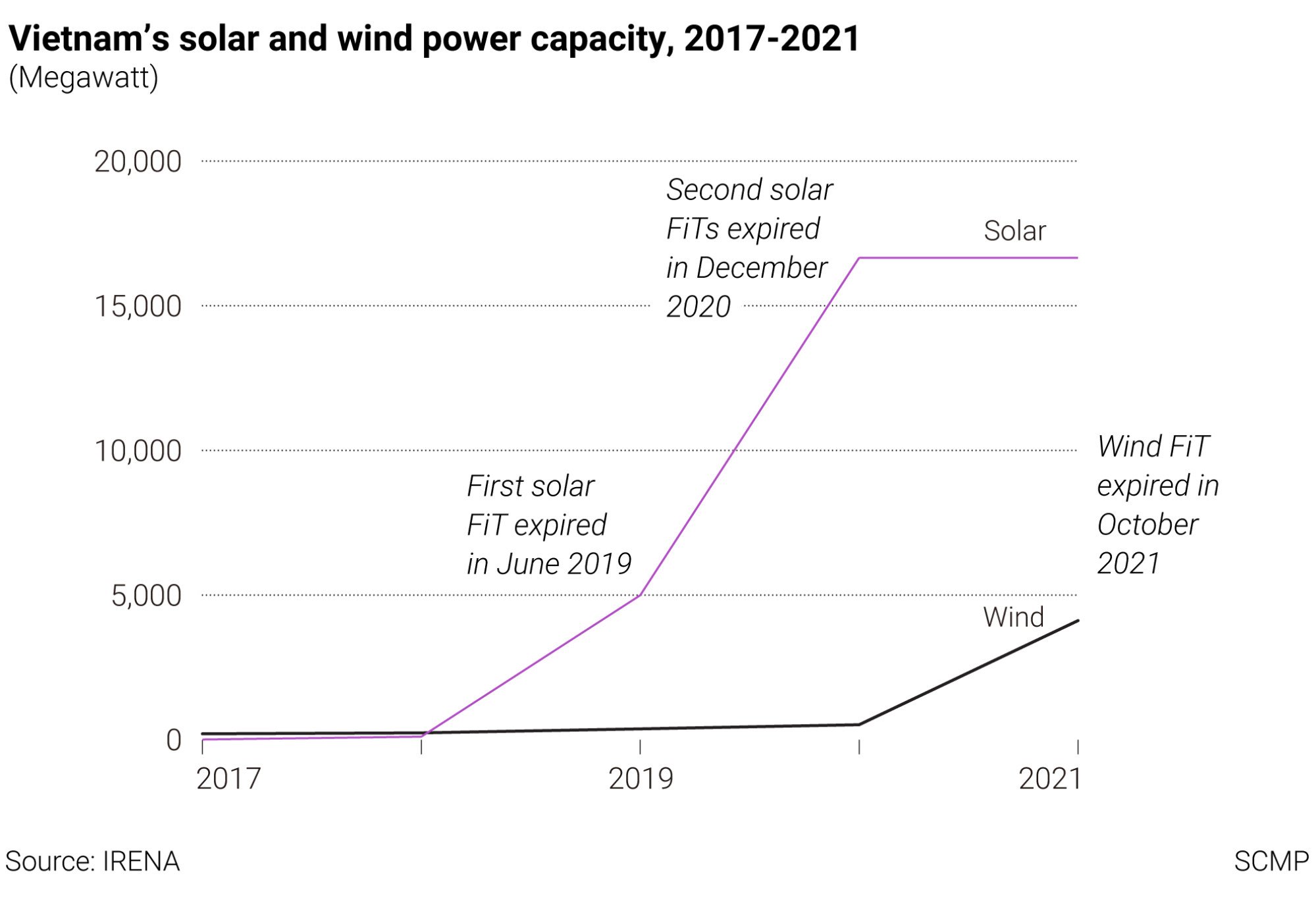 Vietnam largely relies on hydropower, coal and natural gas to generate electricity. It imports some coal and will from this year import liquefied natural gas (LNG). It also imports electricity from Laos and China.

Vietnam’s electricity demand is only going to keep rising in the post-pandemic world, according to financial intelligence firm S&P Global’s Xizhou Zhou, who is vice-president of its gas, power and climate solutions unit. He estimates that this rise will average 5 per cent per year through 2030.

In 2017, the Vietnamese government introduced a feed-in tariff (FiT) for solar power projects and another for wind in 2018. A FiT is a policy tool to spur investment in renewable energy sources. It usually promises to buy the energy generated by small-scale suppliers at a rate above the market price within a specific period of time.

Within three years, Vietnam added roughly as much solar capacity as Australia did between 2000 and 2020, even though it started from a base of nearly zero. In 2020, it was the world’s third-largest solar market in terms of capacity added to the sector (12.7 gigawatts-peak) in that year, behind China (52.1 gigawatts-peak) and the United States (18.7 gigawatts-peak), according to research firm BloombergNEF.

But the sector slowed down last year, “due to the lack of policy frameworks and route to market for projects after the expiry of Vietnam’s solar feed-in tariff schemes,” said BloombergNEF’s Southeast Asia analyst Caroline Chua.