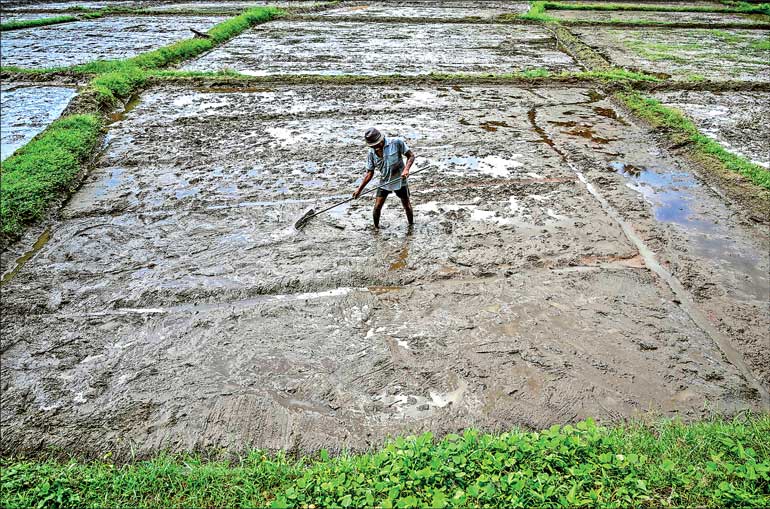 Leading scientists have finally spoken up

According to a front page report in Daily FT on 17 June, 30 leading scientists in the field of agriculture had warned President Gotabaya Rajapaksa of the catastrophic results in agriculture if the Government continued to deny the farmers of chemical fertilisers and pesticides in this Yala season (available at: https://www.ft.lk/top-story/Scientists-sound-siren-over-President-s-fertiliser-frenzy/26-719326 ).

The scientists included all the bigwigs in the state sector like the present Chair of the National Science Foundation, Directors General of Agriculture, and Directors of all the state-owned research institutions. Hence, it appears that the decision to ban the chemical fertilisers and pesticides had been taken by the Government without consulting these experts.

This is not in line with the promise of establishing a meritocracy by appointing those with expert knowledge to the Cabinet, state sector and state-owned enterprises by President Rajapaksa in his election manifesto (available at: https://www.presidentsoffice.gov.lk/wp-content/uploads/2019/16/Gotabaya_Manifesto_English.pdf ).

President Rajapaksa had also promised in his manifesto the development of an agricultural sector based on modern technology and farming methods plus conversion of the country into a full organic based fertiliser over a time period of 10 years.

Regarding the adoption of modern technology and farming practices, this is what he had said: “We will adopt an agricultural policy in which not only people will be dissuaded from abandoning agriculture, but also promote and encourage those in other employment pursuits to come into agriculture. Agriculture will thus be made an attractive profession. Our agricultural policy would be to promote an agricultural sector in which small producers using small extents of land producing high quality outputs using modern technological methods. Overall production costs involved in this production processes would be low and competitive. Instead of a policy that changes from one season to another, a new national agricultural policy would be introduced after an in-depth review of the present policies. The contribution of agriculture to GDP could easily improve under such an agricultural policy package. The opportunity of increasing the consumption of organic agri-products will be thus opened up for the people at large” (p 38).

Regarding the introduction of modern technology to agriculture, he had promised the following too: “An integrated soil fertility management system will be introduced, and it will be disseminated to farmers within a year via the agrarian officers operating throughout the country.” And further: “Our objective is to go beyond traditional agricultural practices and to develop high technology agriculture. Environment-friendly greenhouse agriculture, hydroponics agriculture, and aquaponics agriculture will be popularised, and a community of youthful agricultural entrepreneurs will be built up. In order to promote the youth to take up these agri-business activities, the government will help them using import tariff benefits and low interest loan schemes.”

To induce the youth to take up agriculture, modern technological knowledge will also be provided to them, he had promised. Since the modern technology needed large scale farms, a promise was made to set up, “a cooperative farm produce methodology will be developed at the regional level, providing for the purpose, technical assistance, infrastructure and investment facilities”.

A long date for converting agriculture to full organic production

About the introduction of the organic fertiliser to farming, this was what had been promised in the manifesto: “Building up a community of citizens who are healthy and productive, we need to develop the habit of consuming food with no contamination with harmful chemicals. In order to guarantee the people’s right to such safe food, the entire Sri Lankan agriculture will be promoted to use organic fertilisers during the next ten years. For this, production of organic fertiliser will be accelerated.

Considering the ground realities, President Rajapaksa had planned to convert the country’s agriculture into a full organic fertiliser-based system over a period of 10 years. That has now been fast-tracked for immediate implementation. Such a drastic change in the human behaviour through policy changes is known as ‘shock treatments’ in economics, a term borrowed from physicians when they seek to resuscitate otherwise a dead body by subjecting it to electrical shocks. That is so risky that even physicians only resort to it when every other option for saving a life has fully been exhausted.

It is the same with economics too. Shock treatments are extremely costly in terms of human lives and long-term economic sustainability. Hence, a policymaker resorts to them only when all other options have been tried and if they have not worked. So, it is the last resort for economic policymakers. But President Rajapaksa has used it as the first resort and there should be a good reason for him to do that.

Desire to feed the nation with toxin-free foods

According to the first press release of President Rajapaksa’s office, that good reason happened to be saving human lives, though he had admitted that the use of chemical fertilisers had been more productive and profitable (available at: https://www.presidentsoffice.gov.lk/index.php/2021/04/22/importation-of-chemical-fertilizers-will-be-stopped-completely/).

He had emphasised that lives are more valuable to him than high yields. The press release further states, “The usage of chemical fertilisers leads to a better harvest. However, the negative consequences caused on human lives through pollution of lakes, canals and groundwater due to the chemical fertilisers outweigh the profit. The health sector has pointed out that the effects of chemical fertilisers have led to a number of non-communicable diseases, including kidney diseases. The expenses to treat these patients and the impact on human lives caused by these chemical fertilisers remain high. In order to produce a healthy and productive citizenry, the government must ensure the right of the people to access a non-toxic and balanced diet. President Rajapaksa said that measures will be taken to ensure that only organic fertiliser would be used in the agriculture sector in the country in the future.”

He had also emphasised that money spent on importing chemical fertilisers amounting to $ 400 million annually could be saved and used for uplifting the lives of the people. This argument is somewhat precarious. One reason is that Sri Lanka does not spend $ 400 million to import fertilisers. According to the Central Bank statistics, it is about $ 200-225 million annually on average. Another reason is the import cost saving does not automatically make money available for the Government to spend for uplifting people’s lives.

Either the Government should tax the private sector and have it transferred to Government coffers or abolish the fertiliser subsidy completely and use that money for that purpose. According to the press release, there had not been an intention to follow either one. Hence, it is inevitable that rational readers will come to the judgment that the whole proposal has been ill-conceived and made without much thought and analysis.

Swiss voters have rejected the ban on pesticides

This is exactly what the scientists under reference have pointed out to President Rajapaksa. They have admitted that they are not against the conversion of Sri Lanka to an organic fertiliser-based country on one future date. President Rajapaksa’s original plan had been a 10-year time period but it may even take longer than that given the practical difficulties in finding suitable organic substitutes to support Sri Lanka’s agricultural sector.

Many countries like Bhutan which have embarked on this heroic goal have found it to an elusive one needing to shift the goal post continuously further into the future. In Switzerland, voters accepting the government’s call rejected the proposal to ban synthetic chemicals in agriculture in a recent referendum (available at: https://www.france24.com/en/europe/20210613-switzerland-votes-on-new-pesticide-ban-anti-terror-measures-and-covid-19-laws).

Swiss President Guy Parmelin, hailing the decisions of the voters, had said that it was a reasonable and pragmatic decision that would guarantee the future of the country’s agriculture and its food security. That was because the result at the referendum had enabled the agricultural sector to pursue transitional reforms for more sustainable production.

Hence, for Swiss government and its farmers, a more important factor had been the seamless transition to organic farming without compromising the sustainability of agriculture and the country’s food security. Hence, the goal of transforming Switzerland into an organic land has been shifted to distant future, initially for 10 years like the original plan of President Rajapaksa.

What this means is that any hurried and unplanned attempt at going for full organic would destroy agriculture beyond redemption and seriously threaten the country’s food security immediately.

About the food security and the impact of the flash banning of chemical fertilisers and pesticides on food production and export crops, the 30 scientists had given some estimates of the loss of output to President Rajapaksa. Drawing on the estimates of the relevant state-owned research institutions, they had said that tea would lose up to 50%, paddy 30-35%, maize 50%, potato 30-50%, sugarcane 30-40%, cinnamon 25%, betel 20%, upcountry vegetables 30-50%, floriculture/foliage plants environment almost 100%, and controlled environment agriculture/hydroponics almost 100%.

They are alarming numbers, and no sensible policymaker can ignore them.

Lal de Silva took his viewers through the present state of the global organic agricultural farming and statistically proved that no country has reached full organic cultivation in the world so far. The maximum so far had been some small, isolated nations like Samoa which had reached up to 37% of organic farming. In the case of the big countries like China, India, and USA, though the share was growing, it was still less than 10%. Hence, the world has to go a long way to make it totally organic and the experience shows that it cannot be done overnight.

De Silva also drew the attention of his viewers to a possible statistical overestimation of paddy production during 2020 as reported in the Central Bank Annual report for that year. According to him, this apparent overestimation would certainly mislead the policymakers into complacency and take harsh decisions. According to the Central Bank Annual Report, Sri Lanka had had a record harvest of 5.1 million metric tons of paddy. When converted this to available quantity of rice for consumption, it works out to be 140 kg of rice per head in Sri Lanka.

The average rice consumption in the country had been about 100-105 kg per head per annum. If rice production has increased as claimed, the prices of rice should fall in the market considerably. But during 2020, all the major varieties of rice had recorded price increases ranging from Rs. 10 to Rs. 20. This price increase is not compatible with the record harvest said to have been made by Sri Lanka.

What this means is that Sri Lanka will face a severe threat to its food security if the current policy on banning of chemical fertilisers and pesticides is continued without revision. If food has to be imported from the rest of the world, Sri Lanka should still spend its scarce foreign exchange for that purpose. This will be a serious problem for a country lacking sufficient foreign exchange reserves. Further, those imports are not organic and therefore, the Government will have to abandon its goal of feeding the nation with toxin-free foods as envisaged.

In these circumstances, should the Government not listen to the expert views?